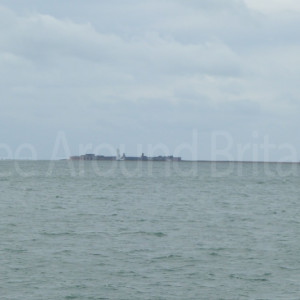 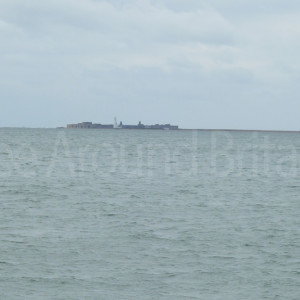 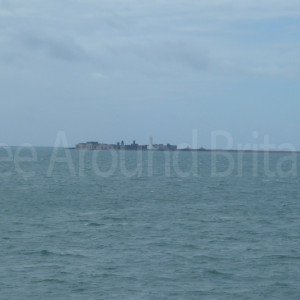 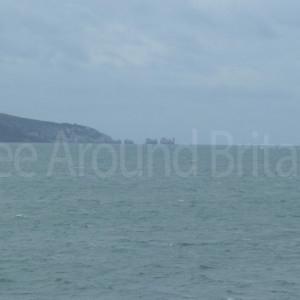 "Wheelchair access to the castle is limited as paths are uneven with loose gravel.

Access on the ferries is also limited, wheelchairs must be foldable and passengers must be able to weight-bear to get on and off the ferry.

For visitors with young children, please note that the walk to Hurst Castle is along a shingle spit so pushchairs can be hard to manoeuvre.

Pushchairs are allowed on the ferry but must be foldable."

"Hurst Castle is an artillery fort established by Henry VIII on the Hurst Spit in Hampshire, England, between 1541 and 1544. It formed part of the king's Device Forts coastal protection programme against invasion from France and the Holy Roman Empire, and defended the western entrance to the Solent waterway. The early castle had a central keep and three bastions, and in 1547 was equipped with 26 guns. It was expensive to operate due to its size, but it formed one of the most powerful forts along the coast. During the English Civil War of the 1640s, Hurst was held by Parliament and was used briefly to detain King Charles I before his execution in 1649. It continued in use during the 18th century but fell into disrepair, the spit being frequented by smugglers.

Repairs were made during the Revolutionary and Napoleonic Wars with France, and the castle was modernised to enable it to hold 24-pounder (10.8 kg) guns. Fresh fears of invasion followed in the 1850s, leading to heavier, 32-pounder (14.5 kg) armament being installed and new gun batteries being laid out on both sides of the castle. Technological developments rapidly made these defences obsolete, however, and a fresh phase of work between 1861 and 1874 created sixty-one gun positions in two long, granite-faced batteries alongside the older castle. These held very heavy weapons, including massive 12.5 inch, 38 ton (317 mm, 39,000 kg) rifled muzzle-loading guns. As the century progressed, these too became outdated and lighter, quick-firing guns were installed at the castle to replace them.

The castle formed part of a network of defences around the entrance to the Solent during the First World War, and was re-armed again during the Second World War. The military decommissioned the fort in 1956 and it passed into the control of the Ministry of Works. In the 21st century, it is run jointly by English Heritage and the Friends of Hurst Castle as a tourist attraction, receiving around 40,000 visitors during 2015. Coastal erosion has become a growing problem despite government intervention in protecting the spit. Four lighthouses have been built at Hurst from the 18th century onwards, one of which, a high lighthouse first opened in 1867, remains in active service.

In January 2021, local media reported that the castle was in urgent need of repairs due to coastal erosion,[1] and the wall of the eastern wing partially collapsed on 26 February 2021.[2] The World Monuments Fund included the castle on their 2022 World Monuments Watch list of most endangered sites.[3][4]

"There is no visitor vehicle access to Hurst Castle, access is either a leisurely ferry ride from Keyhaven or a 2-mile walk along Hurst Spit. Parking for the ferry is available at Keyhaven Pay and Display car park (SO41 0TP).

If you choose to walk to Hurst Castle, there is a pay and display car park on the seafront at Milford on Sea (SO41 0TY). It is approximately a 2-mile walk along Hurst Spit to the castle from both Keyhaven and Milford on Sea car parks. Please note this is a shingle spit, sturdy footwear is advised and prams are arduous to push. There are no public toilets outside of the castle, the castle toilets are for visitors to Hurst Castle only.

The first ferry departs to Hurst Castle at 10.00am, then approximately every 30 minutes. The last ferry from Hurst Castle to Keyhaven is at 5.30pm."

Well behaved dogs are very welcome to visit Hurst Castle, please keep them on a short lead. There is nowhere off limits for dogs so you can keep your canine friend with you all day. You’ll no doubt meet Poppy and Lily the two castle dogs on your visit, they’ll be delighted to see you!

Dogs can also ride for free on the ferry from Keyhaven. 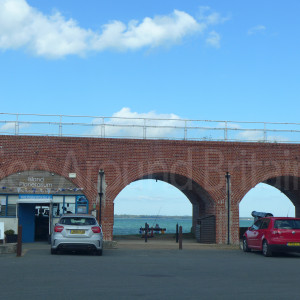 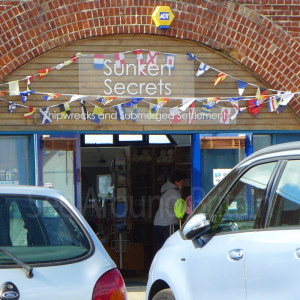 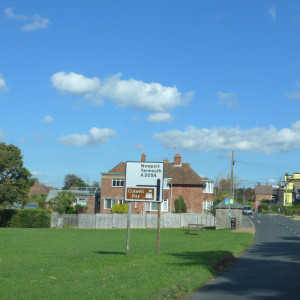 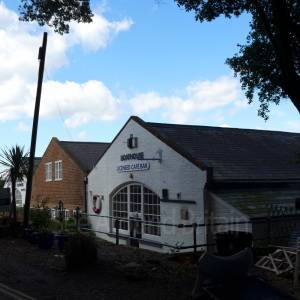 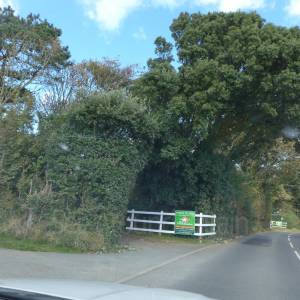 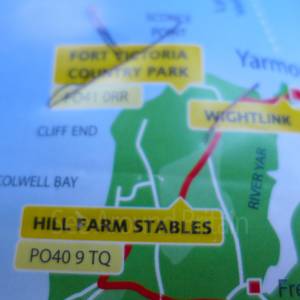