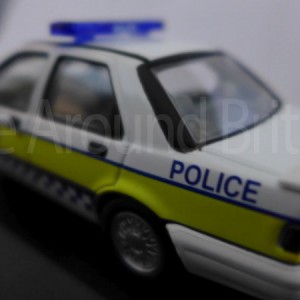 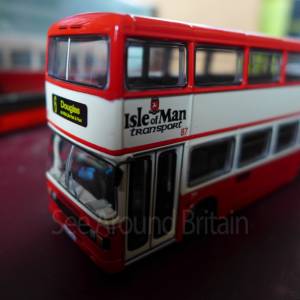 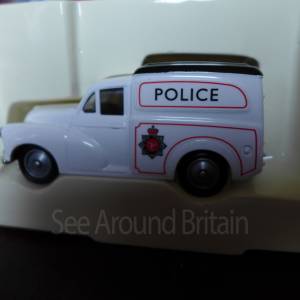 (full contact details are given in the various venue listings and titles, emboldened in this Key Facts text)

The Welcome Centre has dedicated staff on hand to offer help and guidance on the Island's many attractions, places to visit and things to see and do, and ferry/holiday accommodation packages, and also provides the following services:

Winter: Monday to Saturday: 8am to 6pm

Like the Channel Islands it is a self-governing Crown dependency, not part of the UK (but which has responsibility for the Isle’s Defence and foreign affairs), the Isle of Man has the UK Monarch as its head of state, but has never been a member of the European Union, and has its own government, formed of two chambers, the elected House of Keys and the Legislative Council which acts as a revising chamber, which meet together as the Tynwald, and are located in the Legislative Building in Douglas.

It has a population of around 84,000, and nearly 28,000 live in its capital, Douglas, which is home to the legislative two chambers, and the Tynwald, and the Isle’s University College, and the National Sports Centre.

The Isle has its own police force, fire and rescue, ambulance, coastguard and civil defence services.

Its mail vans are red but with distinctive Isle of Man wording upon them, and it has its own Manx Telecom for both landline and broadband services, and its vans have a blue and white livery.  “.im” is the domain suffix for Isle of Man websites, and 01624 is the UK dialling code for all Isle of Man telephone numbers. Telephone boxes and postboxes are coloured the same as the U.K.’s pillar-box red. The Isle of Man prints its own stamps with changing pictorial designs, and its own banknotes and coinage, which are interchangeable with those of the UK.

Due to its low-tax regime, offshore banking, manufacturing and tourism form the Isle’s chief source of income.

Transport to and on the island

Douglas, on its east coast, is also home to the island’s Sea ferry terminal, operated by the Isle Of Man Steam Packet Company, which connects it with Dublin, Belfast, Liverpool, and Heysham in Lancashire. For full details, please see its website.

Situated in the Irish Sea, although it is almost equidistant from Ireland, Northern Ireland, England and Scotland and Wales, the last two of which do not have a ferry connection with the Isle of Man. Please see https://www.tideschart.com/Isle-of-Man/

Also further north on the island’s east coast is Ramsey, also on a direct road from Douglas, and to its south-west is the island’s highest point, Snaefell, which has a mountain railway running to its summit from the town of Laxey, where the world’s largest working waterwheel, the Isabella is situated. It was used to pump out water from the zinc and lead mines that it served, as the island has no coal.

The Isle’s bus service (Bus vannin**, see below ) and trains (an important heritage tourist attraction), are owned by the Manx government, including the steam train running south from Douglas via Castletown to the seaside resort of Port Erin, an electric railway from Douglas via Laxey to Ramsey, and the Snaefell Mountain Railway running from Laxey. The Douglas Bay Horse Tramway had its future in uncertainty, but as it is an important tourist attraction, in the summer of 2016 it was operated by the government’s Isle of Man Heritage Railways. It runs from Douglas the ferry Sea Terminal Visitor Welcome Centre to the Douglas Electric Railway station, which itself passes and connects with The Groudle Glen Railway, and the Laxey Mine Railway, both running a short distance, and which are not owned by the Manx Government, nor Is the Isle of Man Steam Packet Company.

Its rounded inland range of hills are in 2 groups, to the north including Snaefell, and to the south including South Barrule.

In its mediaeval past the Isle had been ruled by the King of Norway, and then the king of Scotland. It also had strong Viking influence, which is well documented in the government’s House of Manannan Museum at Peel, and at the Manx National Museum at Douglas.

The last surviving native speaker of the Manx language, part of the same group as Scots and Irish Gaeilidh, died in the 1970s. The Isle’s official languages are both English and Manx.

The Isle of Man has its own diocese of Sodor and Man, (which comes under the Church of England archdiocese of York) and a number of its parish churches have a collection of ancient crosses. The Methodist Church is also well represented, and there are 7 Roman Catholic churches, which come under the Archdiocese of Liverpool.

The Isle has its own indigenous native breed of the multi-horned Manx Loaghtan sheep, and this can be seen at Cregneash village (which has had some of its old cottages preserved as a folk museum) at the southern tip of the Island, and also at the Grove Museum at Ramsey in the north of the island. The Manx cat has a shortened tail due to a genetic mutation.

The Isle of Man has run its Isle of Man Tourist Trophy race, shortened to "The TT", since the early 1900s, and is an important annual international motorcycle event held in May or June. Its start and finish line, grandstand and press boxes are on the main road near the Isle’s police headquarters in the North of Douglas, and its circular route through the interior of the island has orange and white TT signs, and its curb stones painted with black and white chequering.

The Arts, Cinema and Theatre

The Palace Cinema in Douglas, formerly the Palace Lido, is now the largest, with 2 screens and a capacity seating of almost 400.

The Broadway Cinema located in the government owned Villa Marina, with seating of around 150.

The government owned Gaiety Theatre, designed by the architect Frank Matcham is adjacent to the  Villa Marina complex, to which it is connected by a colonnade area.

In Douglas also is the Studio Theatre, with seating of around 170, is located within Ballakermeen High School, St Catherine's Drive, Douglas.

There is also the Peel Centenary Centre, an arts and community centre, and The Erin Arts Centre in Port Erin, founded in the 1970s, and housed in a former church.

The Isle of Man National Gallery forms part of the Manx National Museum in Douglas.

Accessibility and disability provision in the Isle of Man

The Isle of Man government seeks to promote disability access.

Further educational facilities provided by See around Britain, which will be fully accessible once it has obtained suitable permanent premises with extensive space to display them:

Models relating to the Isle of Man:

still in current service on the Isle of Man:

The Manx Electric Railway, Tram No. 21

These are available to purchase from the Welcome Centre in Douglas Sea Terminal, and also at Port Erin and Douglas railway stations and Ramsey bus station, for £42.00 for both models.

These new collectors’ items have been produced by UK company Oxford Diecast for IoM Railways after many months of careful research.

Based on all over laser scanning of the full size engine, the Hutchinson is a non-motorised model that has narrow gauge wheel spacing and fine hand applied detail. Encased in special presentation packaging it has all over paint and print work and free moving motion.

Similarly the MER tram 21 is a non-motorised model with flush gazing and full interior styling. Like Hutchinson, it was developed by Oxford Diecast for IoM Railways after comprehensive scanning and comes in the IoM Railways' Exclusive Collectibles presentation packaging.

Please note these are collectors' items and not are not suitable for children under 14 years.

The Isle’s bus service (Bus vannin** ) www.gov.im/categories/travel-traffic-and-motoring/bus-and-rail/bus-vannin/ , was formally Isle of Man National Transport Ltd. which came into being from October 1st 1976, as a result of the merging of the two previous bus operators on the island, Douglas Corporation and Isle of Man Road Services.

In the model archive at See around Britain, the following 1/76 models, no longer in service on the island, can also be seen:

And in 1/43 scale the following, no longer in service on the island:

At See around Britain, there is also a comprehensive educational archive which has complemented its research, called The National Heritage Library, which will also be fully accessible once the charity has secured suitable permanent premises.

In it are the following: