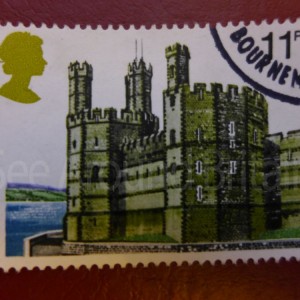 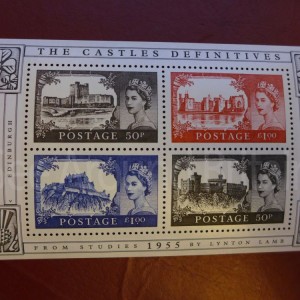 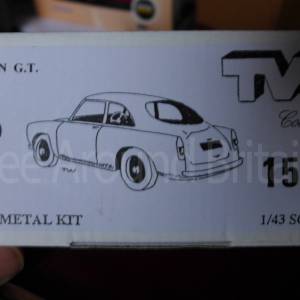 Wales is situated in the West of the Great Britain mainland, and Offa’s Dyke an ancient fortification runs between the two, northwards from Chepstow in Gwent, situated on the west bank of the Severn estuary. Wales is connected by both road and rail links in the south by vehicle ferries to Ireland from Fishguard and Pembroke (in Pembrokeshire, on the south-west coast; the service from Swansea is currently not operating), and in the North by Holyhead on the north of the island of Anglesey (itself connected by road and rail bridges to the Wales mainland).

A large mountain range, upon which many sheep graze, runs from the south to the north of Wales. The range starts from the rounded hills of the South Wales valleys and continues through the Brecon Beacons and the Cambrian Mountains up to Snowdonia, which has the highest point in Wales at Snowdon, whose summit is served by a mountain railway from the town of Llanberis.

The flatter areas skirting the mountain range have more mixed farming, and include Gwent and the Vale of Glamorgan in the south, and Anglesey and the coastal plain in North Wales.

Wales has 3 National Parks: Snowdonia, the Brecon Beacons, and the Pembrokeshire Coast. Wales also has a national coastal path around its coast.

Its population is just over 3 million. Its most densely populated area is in the south, along the M4 motorway between the cities of Newport, Cardiff and Swansea, and the South Wales valley towns north of these which grew up to service the former coal mining industry, which exported its coal by rail to Cardiff docks which served the growth of the coal industry. Metallurgical industries also flourished and with coal mining created a large population growth from what had been a mostly agricultural economy. Port Talbot steelworks, once the largest employer in Wales, still remains.

Because of the extensive mountain range in Wales there is no direct north to south road connection as the major A roads have to follow the river valleys around the mountains, and the same applies for the railway connection from north to south Wales, which uses the rail routes from the southern Wales cities to connect with Hereford to then join the main rail route running from Bristol to Shrewsbury and Chester. Similarly motorists will find that the most convenient way to travel north is to follow the A449 and A40 to join either the A49 to Shrewsbury, or the M5 to join the M5 and M6 to Chester.

From the M6 motorway, motorists can take the M54 motorway (north of Birmingham) to travel onto the A5 main road to Shrewsbury and onwards through a mountain pass in Snowdonia to reach Anglesey and the Holyhead ferry port. An alternative route, using continuous dual carriageways, to Holyhead from the M6 motorway is to travel further north and then take the M56 motorway to Chester and the A55 expressway to reach the Anglesey bridges. The A 55 travels along the coastal plain and connects the towns of Wrexham, Queensferry, Rhyl, Colwyn Bay, Conwy, Llandudno, and Bangor. These Northern towns form the second largest most densely populated area of Wales.

In the attached appendices, there are maps of Wales showing its rivers, railways, canals, turnpike roads et cetera. There are also photographs of examples of current Arriva Cymru trains and buses, along with those of Cardiff and Newport buses which are the 2 remaining publicly owned bus operators, along with former bus companies such as South Wales, West Wales, Rhondda, Red & White, Black & White, and Crossville, et cetera.

For information on public transport in Wales please consult the non-profitmaking organisation, Traveline Cymru at https://www.traveline.cymru/or telephone its bi-lingual Contact Centre on the freephone number 0800 464 0000.

The 2011 Census showed that around 560,000 people speak Welsh as their first language, and their strongest density runs from Anglesey, Gwynedd and Denbighshire in the north, Ceredigion and Montgomeryshire (in the northern part of Powys) in mid Wales, and Pembrokeshire and Carmarthenshire and parts of Breconshire (in the southern part of Powys) in the south.

There has been a growth of schools which teach in the Welsh language. The translation of the whole of the Bible into Welsh by William Morgan in the 16th century contributed to the life of Welsh speakers, along with the creation of the National Eisteddfod and the Welsh speaking youth movement the Urdd, along with the present day local Welsh language newspapers (papurau bro, the Welsh for local papers). There is also an International Eisteddfod of music song and dance held in July annually at Llangollen in North Wales, which welcomes entrants from around the world.

Welsh is in the same Celtic language group as Cornish and Breton, whilst Irish, Manx and Scots Gaelic form the other Celtic language group. The majority of destination road signs are bilingual, in both Welsh and English, as is the writing on the Royal Mail vans. All Welsh Government publications are available bilingually. There is a Welsh language daily TV broadcaster, S4C. There is also a Welsh language only radio broadcaster, Radio Cymru. For English speakers there is BBC Radio Wales, and a number of local radio stations. Both BBC and ITV produce English-speaking Wales news programmes transmitted on BBC Wales and ITV Wales. The only English-language Wales-based national newspaper is the Western Mail, based in South Wales. The Liverpool Daily Post has a North Wales edition. There are a number of evening papers.

The most well-known of Welsh poets was Dylan Thomas, who wrote and spoke in English, and the boathouse where he lived in the later part of his life in Laugharne on the Carmarthenshire coast, is open daily to the public. The composer Ralph Vaughan Williams was of Welsh descent, as was the 19th-century designer and writer, William Morris. Other important Welsh poets include Henry Vaughan (1621 to 1695) and RS Thomas (1913 to 2000). Other famous composers include Ivor Novello (1893 to 1951) and John Cale, born in 1942. There is also a long list of Welsh musicians, too numerous to mention by name.

Further examples are given in the attached appendices of other famous Welsh people, together with an explanation of Welsh place names, Welsh language and culture, markets and fairs, maps charting the development of Wales over the centuries, including its industrial archaeology, and also a multilingual glossary.

Whilst Northern Ireland and Scotland banks still print their own banknotes, Wales does not, but there are photographs in the attached appendices of the 3 Welsh pound coins showing on their reverse the Menai Bridge, the Welsh Dragon, and the leek.

Wales does not produce its own pictorial stamps, but in the attached appendices there are photographs of both pre-decimal currency, and decimal definitive stamps as used in everyday use. In various sequences of UK pictorial stamps, well-known Welsh landmarks such as Caernarvon Castle and the Menai Bridge are represented. Photographs of these, and of the commemorative stamp for the Commonwealth Games held in Wales are also shown in the appendices.

Public utilities and the emergency services in Wales

Royal Mail Vans now have their sign writing in both English and Welsh, as do the Wales NHS Ambulance Service, the 4 police forces (North and South Wales, Gwent Police, and Dyfed-Powys Police), and on many vehicles of the 3 Fire & Rescue Services (North, South, and Mid and West Wales). Some example photographs of these are given in the attached appendices, including previous police forces and fire brigades, along with photographs of charities and commerce vehicles in Wales.

As well sending Members of Parliament to the UK Parliament in London (the number of these are due to be lowered because of forthcoming Constituency Boundary changes) who are elected on a “first past the post” voting system, since 1999 Wales has had its own National Assembly based in Cardiff.

Its Assembly Members represent both individual constituencies and also Regional areas. Whereas the UK Parliament has responsibility for Defence and Foreign Affairs, gradually more legislative powers are being devolved to Wales, which already controls key aspects such as Education and Health.

In the attached Appendices are an explanation of Welsh place names and a map of the old counties in Wales.

Its bi-lingual Contact Centre is on a freephone number 0800 464 0000, 7am - 8pm daily throughout the year. It operates a limited service on Christmas Eve, Christmas Day, Boxing Day, New Year’s Eve and New Year’s Day; please see its website for the opening hours."

Both the Wales Assembly Government and its 22 regional councils have a responsibility to promote and advance this in all aspects of daily life. Seearoundbritain.com is doing its best to also advance this. There are a number of voluntary-run local access groups, and a few of the regional councils do have an Access Officer.