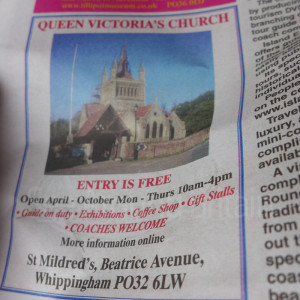 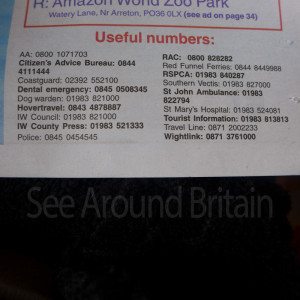 The largest island in the United Kingdom, the Isle of Wight sits off the South coast of England, forming a County in its own right.

The Island’s services are operated by the Isle of Wight Council for a population estimated in 2019 to be 141,000.

Links with the mainland are achieved via Car Ferries at Yarmouth, Fishbourne and East Cowes, together with foot passenger services into Ryde via the Hovercraft and Fastcat.

The two providers of the car ferry services are Wightlink and Red Funnel , and Hovertravel provide the Hovercraft service, with crafts built on the Isle of Wight by Griffon Hoverwork.

The Bus Services are mainly operated by Southern Vectis and service most parts of the Isle with the majority of Services departing from Newport Town Centre, which is the County Town.  Seaview Services https://www.seaview-services.co.uk/ at Sandown runs coach tours and hire.

The Isle of Wight Bus Museum at Ryde has an extensive collection of vehicles.

There is a Train Service operating from Ryde Pier to Shanklin town via the Eastern side of the Island. The service is operated by South Western Trains and is famous for only operating old London Underground Tube trains. In 2020 the 82-year-old carriages were replaced by new rolling stock.

There is also a Steam Train visitor attraction which is situated in the mid-east of the Island and links to the Island Train Service at Smallbrook Station.

The Island is a popular walking location with a number of Coastal Walks.

Whilst a lot of the Island can be hilly, there are plenty of attractions and sites which are fully accessible and the full Accessibility Information can be found here.

Shopmobility have an outlet in Newport Town Centre.

Being a popular venue for tourism and a holiday location, there is plenty of varied accommodation all over the island.

There are many sandy beaches around the Island, with the most popular predominantly on the Southern coast at Ventnor, Shanklin, Sandown and Yaverland.

Living up to its name, the Island is built predominantly on a bed of chalk which runs through the island, from The Needles to the West through to Bembridge in the East.  Due to the erosion of the chalk, the Southern coast is famous for prehistoric finds, many of which can be found at the Dinosaur Isle Museum in Sandown.

The Isle was a favourite retreat for Queen Victoria who used Osborne House, on the Northern side of the Island, as her winter home and she passed away at the House on 22 January 1901.

During World War II, a fuel link for the allied forces was created from Yaverland to the French coast, under the English Channel, to support the D Day landings in 1944.  This was located in a fort which now houses the Isle of Wight Zoo, and incorporates an exhibition to the Pipe Line Under the Ocean [PLUTO].

The World’s oldest sailing regatta takes place every August at Cowes, on the Northern tip of the Island, during Cowes Week.