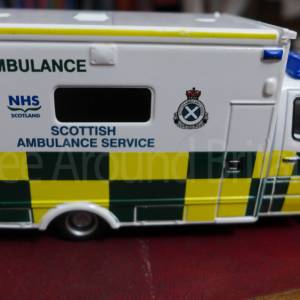 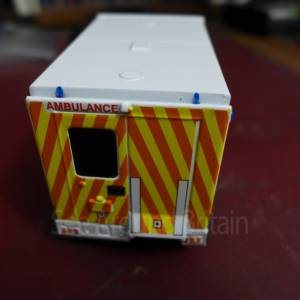 You can find out online about practical information on travel, weather, driving and more at https://www.visitscotland.com/ VisitScotland IS Scotland's National Tourist Organisation.

For information and recommendations to help you plan your trip to Scotland: Email info@visitscotland.com or write to VisitScotland, Ocean Point One, 94 Ocean Drive, Edinburgh EH6 6JH.

It also has 26 iCentres located across Scotland and each one is open all year round. They provide local information, leaflets, guide books and maps, and also help with accommodation reservations, booking tours and buying tickets for public transport services operated by CalMac (Caledonian MacBrayne), CityLink and National Express. Please follow this link to find out the location of the 26 iCentres: https://www.visitscotland.com/about/practical-information/vic/#allvicsList

For a list of the tourist information centres in Scotland, please see the following link:

Like its other constituent countries of the United Kingdom Scotland had many of its people involved in the development of the British Empire both cultural, economic and technological, and militarily.

The following other countries in Europe have a similar population:

Scotland covers the northern third of the island of Great Britain, (for more information please see https://en.wikipedia.org/wiki/Geography_of_Scotland ), a term often used to refer to England, Scotland and Wales, including their component adjoining islands. Great Britain and Northern Ireland now constitute the United Kingdom. The single Kingdom of Great Britain resulted from the 1707 Acts of Union between the kingdoms of England (which at the time incorporated Wales) and Scotland.

The Acts merged the parliaments of the two nations, forming the Kingdom of Great Britain, which covered the entire island. Before this, a personal union had existed between these two countries since the 1603 Union of the Crowns under James VI of Scotland and I of England (when he succeeded Queen Elizabeth I who had his mother Mary Queen of Scots executed).

Scotland geographically is divided between the Highlands and Islands and the Lowlands. Scotland emerged as an independent kingdom from the Middle Ages, (for more information please see https://en.wikipedia.org/wiki/Kingdom_of_Scotland ) reaching a population of roughly 1.2 million by the 1690s. Significant languages in the medieval kingdom included Gaelic, Old English, Norse and French; but by the early modern era Middle Scots had begun to dominate. Christianity was introduced into Scotland from the 6th century. In the Norman period the Scottish church underwent a series of changes that led to new monastic orders and organisation.

During the 16th century, Scotland underwent a Protestant Reformation that created a predominately Calvinist national kirk. There were a series of religious controversies that resulted in divisions and persecutions. The Scottish Crown developed naval forces at various points in its history, but often relied on privateers and fought a guerre de course. Land forces centred around the large common army, but adopted European innovations from the 16th century; and many Scots took service as mercenaries and as soldiers for the English Crown.

Scotland continued to have its own legal, education, religious and other institutions after the 1707 Acts of Union.

In the 20th century, after a referendum on devolution proposals in 1997, the Scotland Act 1998 was passed by the British Parliament, which established a devolved Scottish Parliament and Scottish Government with responsibility for most laws specific to Scotland.

The Scottish Parliament was reconvened in the capital city of Edinburgh in 1999, elected by proportional representation. In 2011 a majority government of the pro-independence Scottish National Party (the SNP) was elected, and the SNP is the minority government until the May 2021 elections, when its Manifesto pledges to hold another Independence Referendum, after the previous 2014 Referendum voting 55% no to independence.

Scotland is divided into 32 administrative council areas. Glasgow City is the largest council area in terms of population, with Highland being the largest in terms of area. Limited self-governing power, covering matters such as education, social services and roads and transportation, is devolved from the Scottish Government to each council.

For information on its postage please see https://en.wikipedia.org/wiki/Country_definitives

The Scottish Fire and Rescue Service (SFRS; Scottish Gaelic: Seirbheis Smàlaidh agus Teasairginn na h-Alba) is the national fire and rescue service of Scotland. It was formed by the merger of eight regional fire services in the country on 1 April 2013. It thus became the largest fire brigade in the United Kingdom, surpassing the London Fire Brigade .

Police Scotland (Scottish Gaelic: Poileas Alba), legally named the Police Service of Scotland (Seirbheis Phoilis na h-Alba), is the national police force of Scotland. It was formed in 2013 with the merger of eight regional police forces in Scotland, as well as the specialist services of the Scottish Police Services Authority, including the Scottish Crime and Drug Enforcement Agency .  Police Scotland is the second-largest police force in the United Kingdom (after the Metropolitan Police Service) in terms of officer numbers, and by far the largest territorial police force in terms of its geographic area of responsibility. The Chief Constable is answerable to the Scottish Police Authority, and the force is inspected by Her Majesty's Inspectorate of Constabulary in Scotland.

Transport to and around Scotland

“You can travel here seamlessly from the rest of the UK and from overseas, with regular road, rail, ferry and air links to Scotland's incredible destinations.

When you arrive, you'll find there is easy access to all regions, and with a little more careful planning, you can reach the beautiful yet more remote areas and islands.”

Motorists drive on the left in Scotland as in the rest of the United Kingdom. For more information on driving in Scotland please see https://www.visitscotland.com/about/practical-information/driving-in-scotland/

Highlands and Islands Airports operates eleven airports across the Highlands, Orkney, Shetland and the Western Isles, which are primarily used for short distance, public service operations, although Inverness Airport has a number of scheduled flights to destinations across the UK and mainland Europe.

British Airways, easyJet, flybe, Jet2 and Ryanair operate the majority of flights between Scotland and other major UK and European airports.

Four airlines are based in Scotland:

“Scotland has an extensive railway network, with links across the country, connections to England, local commuter links to the major cities (many of which were electrified under British Rail) and freight. As of 2018, the total route length of the rail network in Scotland is 2,819 km (1,752 mi). 709 km (441 mi) of the rail network is electrified, and there are 359 stations.

The railway network is owned by Network Rail, which is responsible for the majority of the railway infrastructure. Rail services are provided under franchises awarded by the government. The current holder of the Scottish franchise is Abellio ScotRail. Intercity services are also operated by Avanti West Coast, CrossCountry, London North Eastern Railway and TransPennine Express.

On 1 January 2006, Transport Scotland was established, which would oversee the regulation of railways in Scotland and administer major rail projects.

Within Scotland, 94% of passenger service trains are operated by ScotRail, with the remaining 6% being cross border.

“Scotland is covered by a large bus network throughout many towns, cities and rural areas. It is estimated that 95% of the population live within 5 minutes walk of a bus stop. National and international buses often operate out of main bus stations in the cities, such as Buchanan bus station in Glasgow and Edinburgh bus station.

Scottish Citylink and Megabus are the two principal long distance coach operators within Scotland, and currently operating together as a joint venture, however the deal is being monitored by the competition commission to ensure that it does not unfairly damage long distance bus travel in Scotland. National Express provide coach links with cities in England and Wales, as well as local buses in Dundee and Angus under the Xplore Dundee and Travel Wishart brand names.

FirstGroup and Stagecoach Group are two large transport companies which are based in Scotland at Aberdeen and Perth respectively, and both operate a number of local and regional services.

National Express is the only other transport giant that serves Scotland, with its Xplore Dundee subsidiary, serving the city of Dundee.

Scotland's bus network, like that of Great Britain outside London, is deregulated following an act of UK Parliament in 1986. This broke up the former national and city bus companies, formerly run by the local authorities since the 1930s, into private companies.

Currently only one bus company, Lothian Buses in Edinburgh, remains under ownership and control of the local councils in Lothian and Edinburgh. It is the largest municipal bus company in the United Kingdom.”

Please see the list below made in 2014 on https://en.wikipedia.org/wiki/Transport_in_Scotland#Ferries

“As Scotland is made up of several hundred islands, water has always been an important transport route for passengers and freight, particularly in the remote communities of the Hebrides.

There are several ferry companies operating in Scotland including:

The Strathclyde Partnership for Transport, formerly Strathclyde Passenger Transport, the only regional passenger executive in Scotland also subsidises and operates ferries on the Clyde including the Kilcreggan Ferry and the Renfrew Ferry.”

“Scotland never had an extensive canal network. The Forth and Clyde Canal, Union Canal and the Caledonian Canal were some of the most important, but went into decline after the growth of the railways. They are now being reopened and restored primarily for leisure use.”

Our charity through its photographic survey aims to show what to expect at a venue; please see https://seearoundbritain.com/location/scotland#7/56.491/-4.203

For more information on disability organisations in Scotland please see the following websites:

For information on Accessibility please see the following:

And https://www.visitscotland.com/holidays-breaks/accessible/ where the following are described:

Book the short-term use of a wheelchair or other equipment at outlets throughout the UK.

Borrow a manual wheelchair, powered wheelchair or powered scooter the next time you are near a Shopmobility centre.

Enjoy an afternoon at the beach using a purpose built beach wheelchair.”